Read the 15 most loved beauty dupes by our community.
We don't do sponsorship or banner ads. Please support us by shopping through links on site :)
Search
Join the Community

["fcf8b563-41ca-419c-8962-36d494d48153","c3947e44-0bb2-4dcb-bab3-71ba702baa23"]
Similar to Hyaluronic Acid, Snail mucin has been having a moment. The ingredient gained buzz with the rising popularity of K-Beauty, where snail mucin is used in skincare often. It's not something you intuitively would think of putting on your face as it's literally excretion from a snail. There aren't tons of studies to back it up, but many who tried it rave about its hydrating and healing properties. Snail mucin is produced when snails are
under stress
, so whether it is genuinely cruelty-free is still up for debate. Brands claim they are cruelty-free and snails are not stressed or harmed during the process.
Cosrx is the grandfather of snail mucin skincare. The
Advanced Snail 96 Mucin Power Essence
($25) is one of the most popular Asian beauty products that need no introduction. Those especially with dry and irritated skin love this for moisturizing and soothing irritations, for example, if you are on Tretinoin. The plumping  effect is almost instant. The texture of the essence, however, is thicker than what you would expect. Just like snail mucin, the essence has high viscosity. It takes a while for it to get absorbed, meaning it could pill if you use it in the morning, under makeup. The texture is what put off a lot of people, as good as it is from a marketing perspective.

The
Peach Slices snail rescue
($13.99) is also formulated with 95% snail mucin, with hyaluronic acid and Centella to further hydrate and calm the skin. It is an improved formula upon Cosrx's because it's more lightweight in texture. Unlike the Cosrx snail mucin, the
Peach Slices snail rescue
is much easier to incorporate into your daily routine. Note although it's positioned as a blemish-busting toner, which snail mucin can help with, it's still very much moisturizing and plumping, at about half the price. 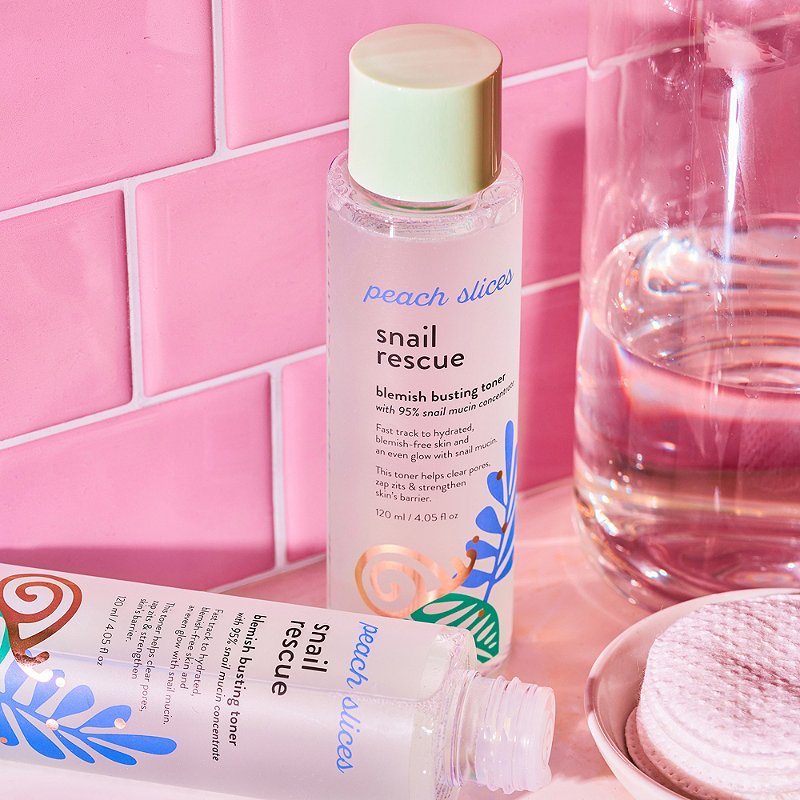 Want more dupe alerts? Subscribe to have new alerts delivered to your inbox!